Beyond the ‘refugee crisis’: investigating patterns of integration of refugees and asylum seekers in Greece: BRECht

The Syrian war has triggered the displacement of more than 4 million people. Though most of them remain in the neighbouring countries – such as Jordan, Lebanon and Turkey – an increasing number flee to Europe, mainly through Greece and, more recently, Italy as well. Since 2015, countries on the EU’s external border, namely, Greece and Italy, have experienced a massive influx of refugees and migrants, the majority of whom are in transit to other EU countries. The flows of refugees arriving in Europe include a large number of families with young children (30% of refugees were children) and an increased number of unaccompanied children (23% of children). Among these groups, one can find people with specific needs or vulnerabilities, such as people with health problems, disabilities, mental health conditions, victims of sexual and gender-based violence, pregnant women and elderly.

After March 2016, and the developments linked to the closure of the Balkan route and the EU-Turkey Common Statement of 18th March, a new reality has been established in both sides of the external EU border. Arrivals through the Aegean Sea have been stabilised, despite some fluctuations in time depending on political conjunctures that shape EU-Turkey relations, while resettlement and relocation programmes have introduced new mechanisms of regulation. Moreover, Greece that was considered and functioned until March 2016 as a mere transit space on the itinerary of refugees from Middle East to Central and Western Europe, is faced with the irrevocable reality that a certain number of people will remain in its territory.

The overarching goal of the project is to investigate in a systematic way the ‘management’ of recent refugee inflows in a country considered to be a ‘transit’ one. The project outcomes are expected to enhance knowledge on migration management and to inform relevant and novel policy recommendations. Moreover, the project aims to problematise the notion of ‘transit’ and to examine specific temporalities and spatialities produced for and by refugees and asylum seekers. In this sense, it will trace patterns of social integration of refugees and asylum seekers in Greece, particularly of those who have been ‘confined’ in the country, both on islands and in the mainland, due to specific developments concerning the EU border regime.

Research will be conducted in three thematic areas: a) accommodation and housing; b) education and training; and c) employment and labour market. Research findings, policy recommendations, as well as innovative dissemination tools, such as the development of a smartphone app, will contribute to the enhancement of integration capabilities regarding both extremes along the refugee continuum, i.e. refugees/asylum seekers and 'host' society. 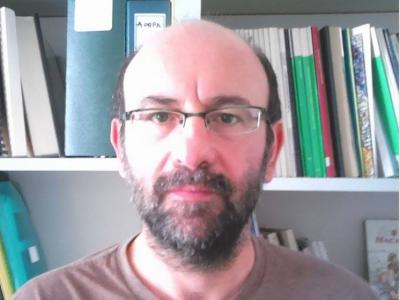