Ioannis Vlassopoulos (Athens, 1994), is a PhD candidate in the field of Social Integration at the Department of Social Policy - Faculty of Political Sciences - Panteion University of Social and Political Sciences. His research interest focuses on issues related to the social integration processes of refugee populations in Greece in the 21st century.

At the same time, he has worked as an assistant researcher in the "Evaluation of the Housing and Reintegration Program" (2017-2018) by Panteion University, as a supervisor at the 1st Pilot Census of the Homeless Population and as an external researcher at the Center for European Constitutional Law - Themistocles Foundation and Dimitris Tsatsos (2019). He is currently working as a researcher on the research project "Beyond the 'refugee crisis': investigating patterns of integration of refugees and asylum seekers in Greece " at the Panteion University (2019 to date). Moreover, he is a member of the Board of Directors of the Association of Social Policy Scientists (SEKP).

In 2021, ETUI published the collective volume entitled "Betwixt and between: integrating refugees into the EU labor market" in which he participated with a chapter on Greece ("Trapped in Greece: is there any perspective for labor market integration?") with Apostolos Kapsalis and Anastasia Levanti.

The title of his PhD thesis is "The Processes of Social Integration of Refugee Populations in Greece in the 21st Century. The discourse of the agents and the refugees". His Advisory Board is made up of supervising Professor Despina Papadopoulou, Assistant Professor Konstantinos Dimoulas and Deputy Professor of Department of Political Science and History at Panteion University Dimitrios Christopoulos. Since October 2019, he receives a scholarship from EL.IDEK. for the preparation of his PhD thesis. 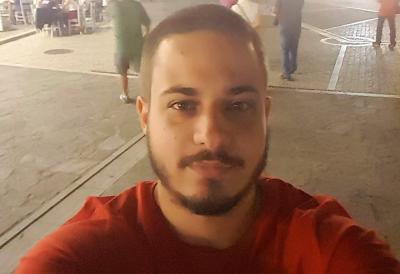