Savas Robolis is Emeritus Professor of the Economics of Social Policy at the Department of Social Policy, Panteion University. He was scientific director at the Labour Institute of the General Confederation of Greek Workers (INE/GSEE). He is the author of books, articles and papers at conferences, as well as a member of working groups for the elaboration of issues of economic and social policy, such as: “The Migration of Greeks in Western Germany”, “Health and Development”, “Social Security”, “Social Polity after the Crisis of the Welfare State”, “Foreign Investment in Greece”, “Development in Eastern Aegean Sea”, “Health and Security at Work”, “Demography and Social Security”, “The Role of Partnership in the Promotion of Social Cohesion”, “Employment Policies of the European Union”, “The Reduction of Working Time”, “A Proportional Study in the System of Social Security in Greece”, “Greek Economics and Employment”, “European Monetary Union and Structural Changes in Greece”, “Economic Theories and Economic Policies in Greece (1980-2000)”, “Health and Economy”, “Work and Economy”. 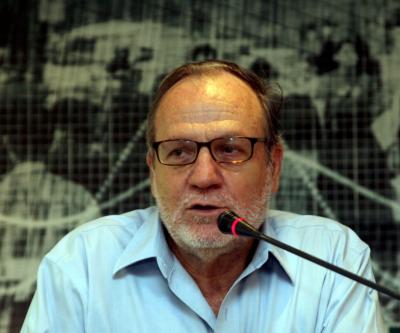