Marios Vavatsis is a working on a PhD on the notion of "social autonomy" , as found in the work of Cornelius Castoriadis, and its relation to the subject therein. His research interests lie in the area of Sociological Theory, especially on social transformation, Epistemology, and sybjectivity.

Born in 1976 in Thessaloniki, he read European Philosophy and Literature for his Bachelors in Cambridge (BA First Class Hons, 1998) and then took a U-turn by venturing into Sociological Theory at Warwick (MA with Distinction, University of Warwick, 1999). There, he discovered "Psyche and Society" (Berg,1995), a book written by Professor Leledakis, the supervisor of his current thesis. This book was an eye opener for him, urging him to go deeper into the notion of "social autonomy".

In 2017, he participated  in the Internanational Conference organised in Panteion University celebrating 20 years from the death of philosopher Cornelius Castoriadis, with a paper entitled : 'Thinking History without hisotricizing : Cornelius Castoriadis magma of imaginary social significations and his project of autonomy' (delivered on 2/12/2017).

His currently residing in his birthplace, working full-time as an TEFL instructor. 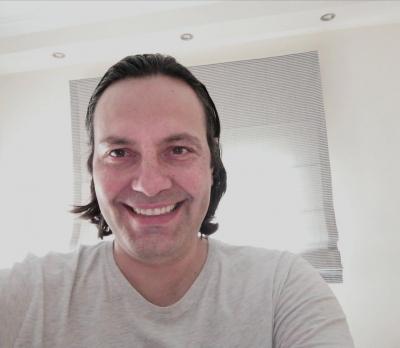